“BETWEEN”: A MIX OF PERFORMANCE ART, DANCE AND MULTIMEDIA REFLECTING THE DIVERSE VISION OF THE ARTISTS INVOLVED.

Despite some unfortunate events, Nadia Addis, Patricio Ruiz, Leonardo Tomasi and Lyto Triantafyllidou managed to resume their work on The Idiot’s Son, The Dead Man’s Sister and Nobody’s Father, now called Between.

In the spaces of the Theatro Technis Karolos Koun, full of relics from Greek plays of the past, the artists have developed additional content and explored some visual images that reflect the history and aesthetics of the work, now focused on an eternal story: what happens in the aftermath of one war and until the beginning of the next.

In this short journey, from June 28th to July 2nd, the city of Athens, with its abandoned buildings and the contrast between bright and dark places, gave a lot of input to the group, who decided to take their work to the streets and learn from the interaction with the people passing by, developing a new concept: the protagonists of the play are three human figures passing through an apocalyptic future, scarred bodies who love each other in the midst of tragedy. The only god still standing is memory. A mix of performance art, dance and multimedia that reflects the diverse vision of the artists. 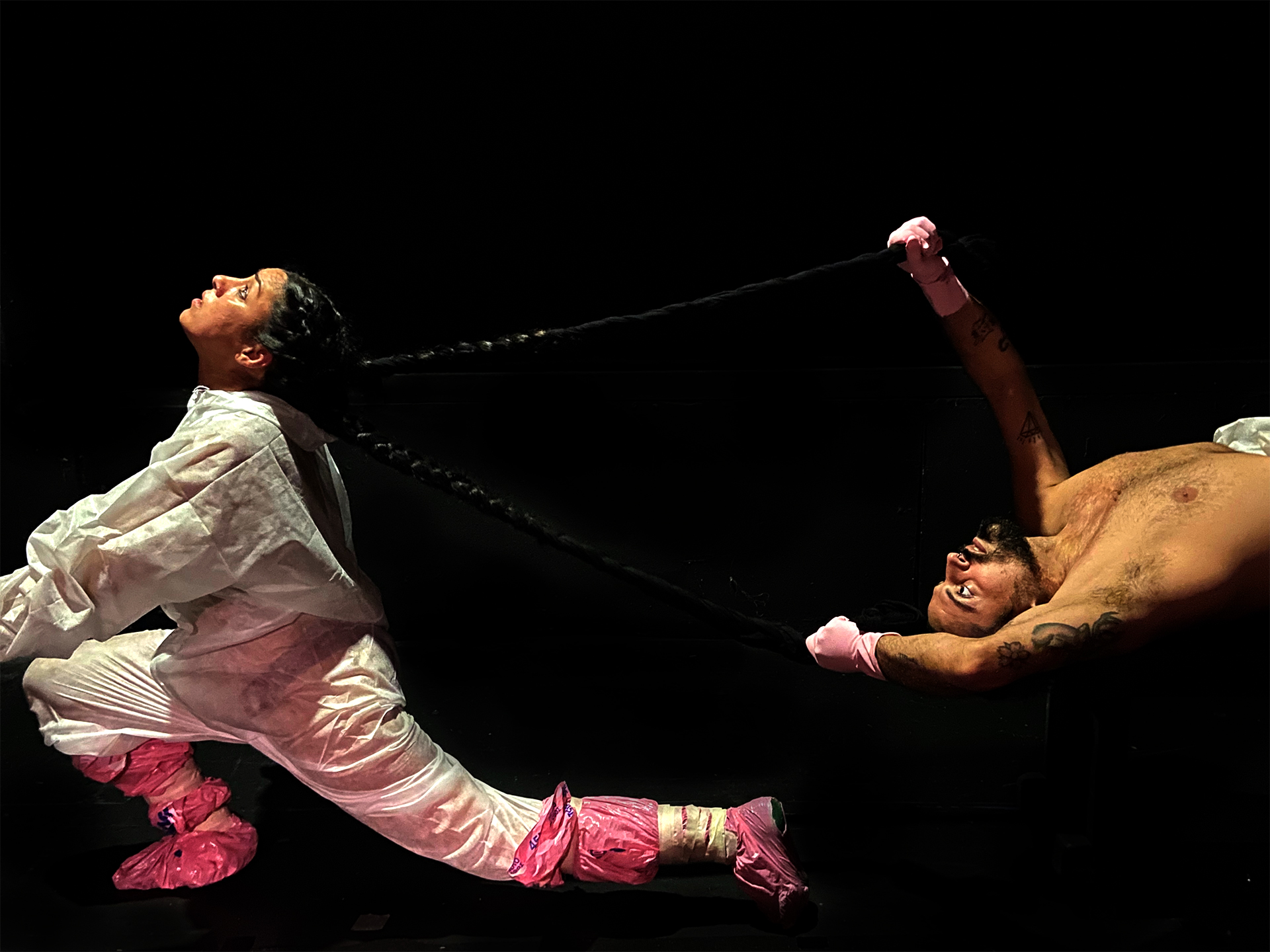