The preview of Real Heroes, presented today for the first time in Athens, will take place between Greece, Italy and Spain.

Three are the international stops planned for the presentation of the work Real Heroes, written and directed by Mauro Lamanna and Juan Pablo Aguilera Justiniano. The first one, scheduled for today July 11th, will be held in Athens, the city that hosted, inside the Greek Art Theatre (Theatro Technis Karolos Koun), the residency during which the project was developed. This will be followed by a date in Rome, on July 31th, and three more in Terragona at the FITT Noves Dramaturgies on September 2nd – 3rd – 4th.

At the core of the show is the story of two fathers, forced to separate from their children out of love, duty and above all resistance:
Sebastian, in Conceptiòn, Chile. The secret police of Pinochet’s dictatorship kidnapped his children because of his demonstrations as an activist, so he decides to douse himself with petrol and paraffin and finally set himself on fire in the churchyard of his city’s cathedral in order to free them.
Gianluca, in Catanzaro, Italy. After losing his job and separating from his wife, he is forced to live in his car in order to guarantee his son a happy and peaceful life. A place that becomes for father and son the most intimate and magical place that exists. 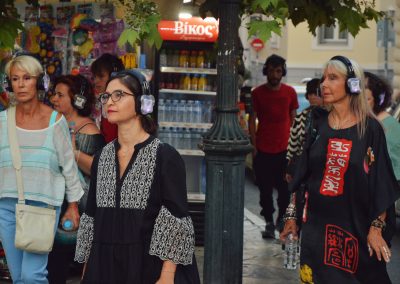 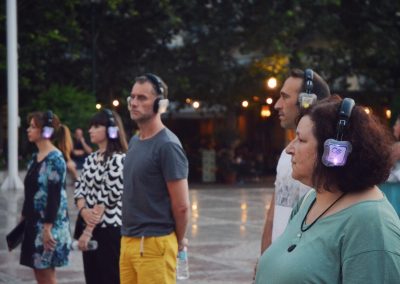 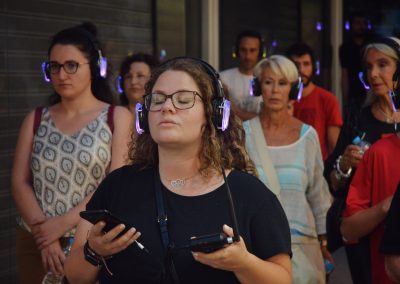 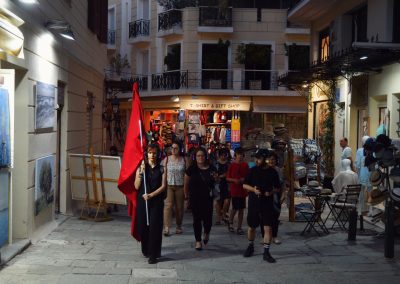 A story told through the active involvement of the public, using Audio 360° technology and Virtual Reality. A group of spectators will move through the streets of their own city, after having received the tools and instructions to participate, and while the voice of one of the protagonists will speak to them through headphones and tell them about those places from his own point of view, the spectators will experience already known spaces with a completely new look and stimuli: those of the invisible narrator. At some stages of the journey, viewers will find VR experience viewers, through which they will travel through the protagonist’s memories, his memoirs and his past.
The spectator will thus become the protagonist himself, and will turn into a sort of avatar of the character. The physical journey in the materic/stage space will turn into a journey in the virtual space, in a realistic and dreamlike environment, after which the spectator will take part in the dramaturgy of the performance with a completely different spirit, with greater participation and a higher level of empathy.