A NEW RESIDENCE LOOKING FOR LOCATIONS TO RECONSTRUCT CATHERINE’S DREAMS AND NIGHTMARES AND HER CITY OF SUNFLOWERS.

The group of Rafael Ayres, Mariasilvia Greco, Hashem Hashem and GianMarco Porru decided on their own initiative to start a new residency to continue working on their project, now entitled 96 Hours.

After meeting with their tutor Massimo Mancini, the artists visited the TAB space – home of the travelling puppet and marionette company Is Mascareddas – recorded some parts of the script in their own languages (Italian, Arabic and Portuguese, but also English) and improvised with their voices on stage. They also explored the surroundings, in order to find the perfect locations for some videos to be included in the performance, so as to show the audience their character’s past.

The protagonist of the story is Caterina, a 33-year-old gardener who lives in the so-called “Sunflower City”. Taken over by the Kraken industry, which blocks the passage of sunlight, causing the death of all but one sunflower, Catherine organises a revolution together with her two companions, the magician and the poet, which fails miserably. When they disappear, she hides on a Mediterranean island, trying to keep the last remaining sunflower alive by watering it with her tears. Exhausted and hopeless, however, she suffers from chronic insomnia, which causes her 96 hours of sleep deprivation and consequent delirious visions / hearing.

The residency, held in Cagliari from December 2nd to 5th, was made possible thanks to the support of Sardegna Film Commission and Sardegna Teatro, which hosted them in Sa Manifattura (former Manifattura Tabacchi). 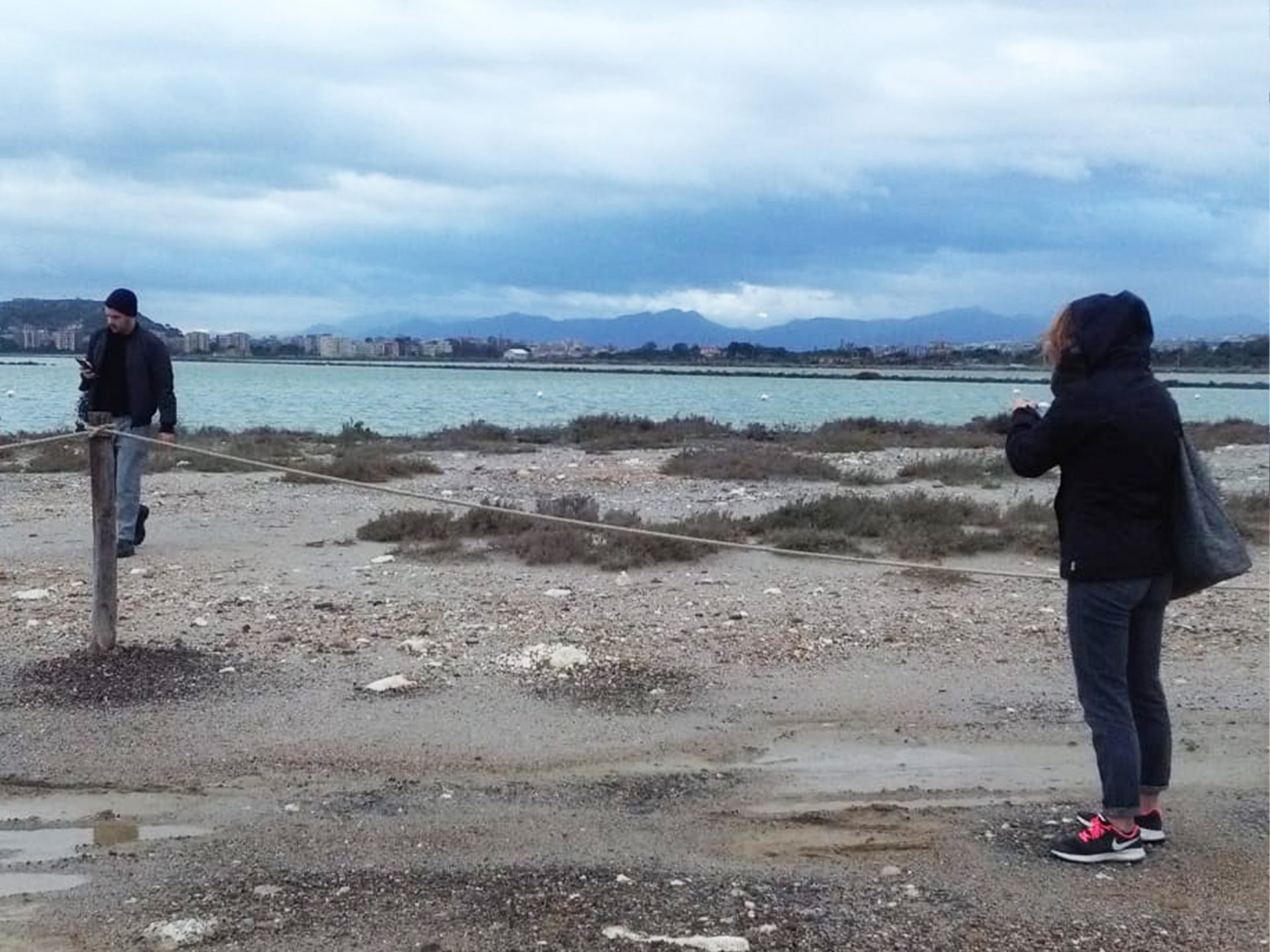