The 25 under-35 artists meet in Naples for the beginning of a new experience.

Naples (28 September > 9 October), Catania, Reggio Calabria and Athens (9 > 16 October). Four residencies, coinciding with the beginning of the R-Evolution Festival, during which the participants in the R-Ev project will finally get to know each other in person and work together to create original works.

The first, based between the Nuovo Teatro Sanità and the C. A. S. A. Centro delle Arti della Scena e dell’Audiovisivo, began with the enthusiasm and joy of getting to know each other, meeting again and working together. The young artists began this new experience, comparing their artistic paths, different cultures, the same ideals, to write a hypothetical new constitution, inspired by the current situation in Chile: from the Western best Republic of Loving force to the Constitution of the impossible, each group proposed its own articles, oriented to the freedom of expression and love, sometimes using irony and sense of absurdity.

During the following days, tutored by Mario Gelardi, Teresa Timpano, Dario De Luca and Massimo Mancini they discussed the multiple meanings of the word “Revolution”, looking for points of connection and treasuring the different points of view, in search of a story to tell and what form to give to what they identify with this broad concept. Through training and exercises in improvisation and writing, each group began to sketch out themes and performative and dramaturgical aspects of their works, comparing and leveraging the skills and personal experiences of each of them. 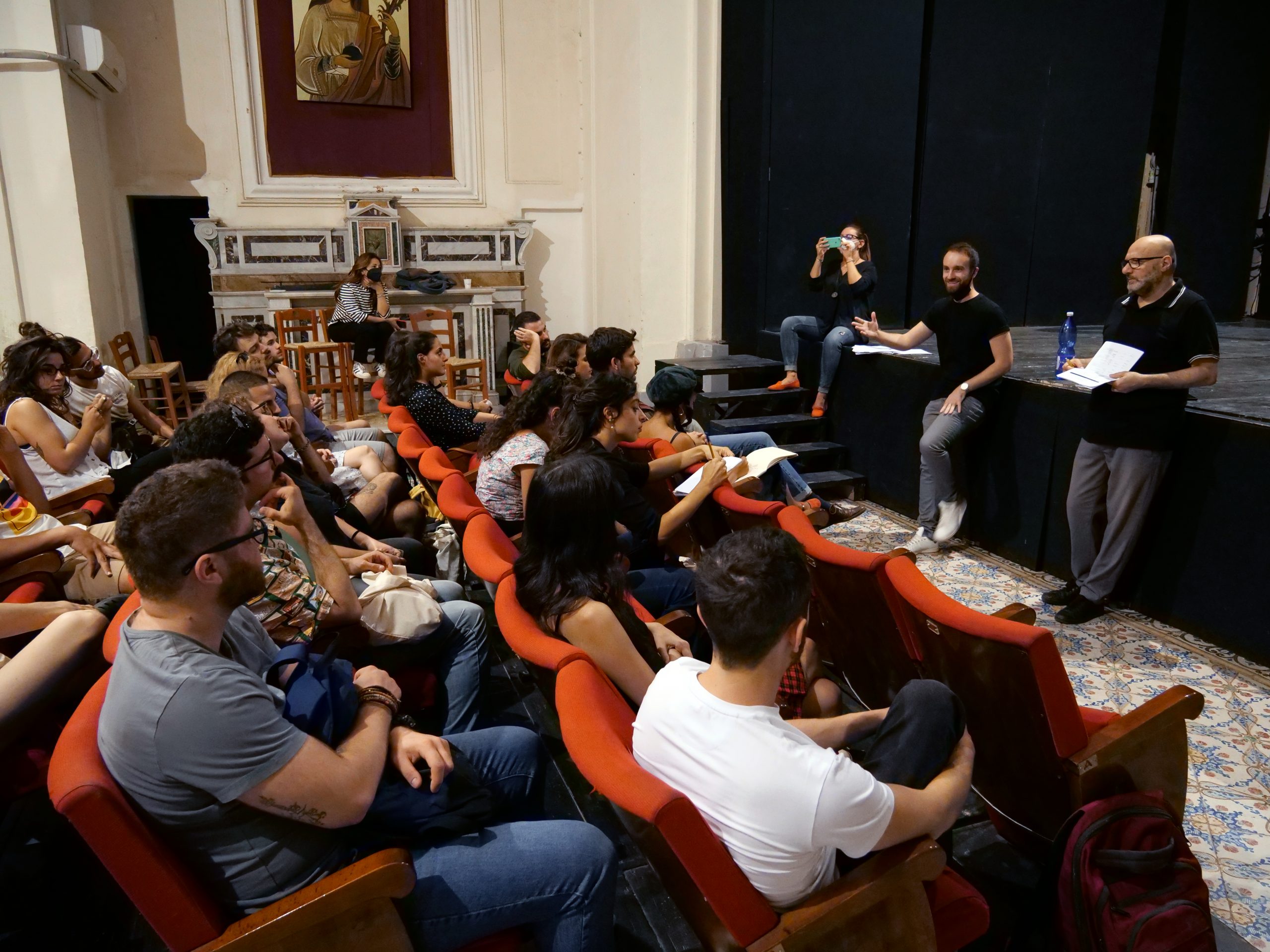